Ability to hit from multiple directions. 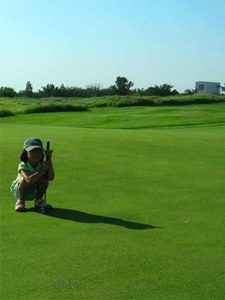 Come learn the game without feeling you are slowing down other golfers. Practice on a regulation par 3, 4 and 5. 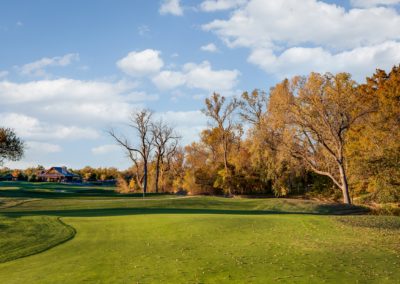 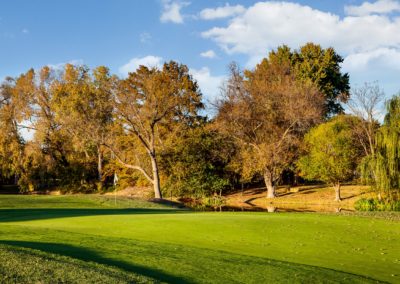 Josh’s passion for golf started more than 35 years ago when his grandfather would take him out on the golf course for a cart ride and a soda pop during hot summer days in El Dorado, Kansas. Then he was hooked. Josh started playing competitive junior golf, which then led to playing at the collegiate level. He received athletic scholarships from both Butler County College and Kansas State University.

After graduating from K State with a Bachelor of Science in Kinesiology, Josh followed a girl to Dallas, Texas, where he began his career in golf instruction under the tutelage of premier golf instructor Hank Haney. While in Texas, Josh realized that instruction provided a clear advantage to players. His new passion: having a lasting impact on the game of golf in Kansas through golf instruction.

He and his bride packed their bags in early 2003 and headed back to Kansas. Josh took a position as assistant golf professional at Wichita Country Club under head professional Cary Cozby. After completing his Class A in 2007, Josh developed the Director of Instruction position at WCC and served in that role until 2016. Inspired by the birth of his son and being named Golf Digest’s No. 1-ranked teacher in Kansas, Josh decided to strike out on his own in 2016.

Josh is the owner of the Golf Channel Academy at Josh Cook Golf, located at Terradyne Country Club in Wichita, KS. The No. 1 teacher in the state of Kansas for 2015-’16 as voted by his peers in Golf Digest magazine, Cook is a five-time winner of the South Central Section PGA Teacher of the Year Award (2009, ’11, ’12, ’14 and ’15) and a former U.S. Kids Golf Honorable Mention Instructor.

Josh’s new venture, Josh Cook Golf, provides yet another way he can have an even greater impact on golf throughout the state. He still loves hot summer days in Kansas. Now his cart rides include his wife and their one-year-old son.